Look at this woman, beautiful isn’t she?

This woman is Aimee Mullins: a model, actress and athlete. Behind that beautiful face is an even more beautiful story. END_OF_DOCUMENT_TOKEN_TO_BE_REPLACED

In mountaineering, the “belay” refers to a variety of techniques used in climbing to exert friction on a climbing rope so that a falling climber does not fall very far. The “belayer” is the person who secures another climber from falling.

The usefulness of the belay was illustrated by Pete Shoening, a legendary climber who, on August 1953, was climbing the treacherous K2- the second highest peak on our planet. Along with six of his teammates on this expedition, they were traversing an ice sheet, when one of the men lost his footing and created a chain reaction of six men being dragged down the mountain to certain deaths. Still, this would not be their day to die in the mountain. END_OF_DOCUMENT_TOKEN_TO_BE_REPLACED 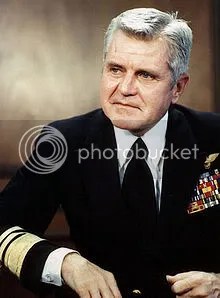 The Stockdale Paradox is a term coined by famous author Jim Collins in the book “Good to Great”. He named this idea based on the story of Vice Admiral James Stockdale.

James Stockdale was a Squadron Commander for the United States during the Vietnam War. On September 9 1965, Stockdale was forced to eject over hostile territory and was taken as a Prisoner of War (POW) by the Vietnamese.

Stockdale was a Prisoner of War for the next seven years.

During this time, what kept him alive is his undying determination to get through the ordeal and get home. According to him: “I never lost faith in the end of the story, I never doubted not only that I would get out, but also that I would prevail in the end and turn the experience into the defining event of my life, which, in retrospect, I would not trade”.

Turning the ordeal into a defining event of his life. Remember that.

But this is not the reason why the term “Stockdale Paradox” was coined. When asked who were the ones who did not survive, he replied: END_OF_DOCUMENT_TOKEN_TO_BE_REPLACED