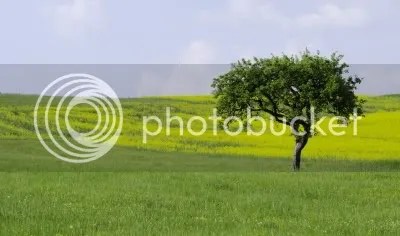 Have your feet planted firmly on the ground, and let your arms freely spread to embrace the sky.

Wherever you are, think about the biggest tree you ever saw. Isn’t it a marvelous sight? The way it has reached that height seems almost legendary, especially if you consider its origins.

That tree was once a tiny seed; puny and vulnerable, possessing nothing but pure potential waiting to be unfolded.

That seed was sown in fertile soil where it was able to sprout and take up root, soaking whatever nutrition it could find.

In time, this seed became a sapling, able to show itself to the world, but still existed as vulnerable, and unremarkable.

In time, through many years, surviving many storms, by incurring countless miniscule and imperceptible steps of daily growth, the sapling was able to grow into the grand tree that it is today.

Similar is the tale called life, we start as tiny seeds, vulnerable but filled with potential. Through the process of time, and the slow growth that we contribute to our personal characters, we can become strong enough to stand.  In time and with patience, we grow large enough to become a magnificent sight.

Know that it may take years, but you will get to the point where you have you feet planted firmly on the ground, and you have your arms spread out to embrace the sky.

Special thanks to the brothers at Sigma Kappa Pi for implanting this image in my mind, almost a decade ago.