In mountaineering, the “belay” refers to a variety of techniques used in climbing to exert friction on a climbing rope so that a falling climber does not fall very far. The “belayer” is the person who secures another climber from falling.

The usefulness of the belay was illustrated by Pete Shoening, a legendary climber who, on August 1953, was climbing the treacherous K2- the second highest peak on our planet. Along with six of his teammates on this expedition, they were traversing an ice sheet, when one of the men lost his footing and created a chain reaction of six men being dragged down the mountain to certain deaths. Still, this would not be their day to die in the mountain. 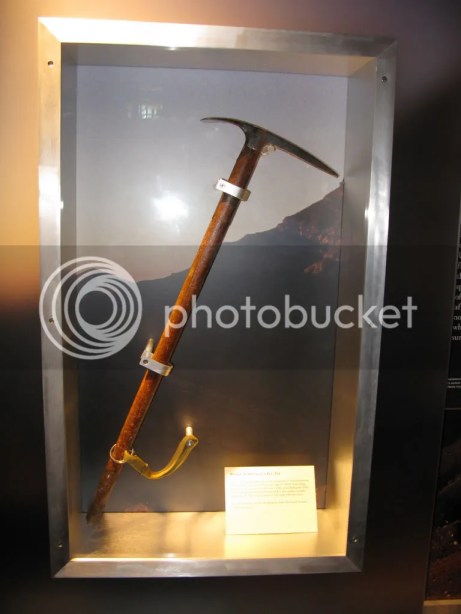 Their fall was broken by one man, Shoening, who was able to break the fall of six mountaineers by holding on to a “flimsy wooden ice axe wedged against a rock and hoping his body wouldn’t be torn in half by the rope or the 1,000 pounds of his flailing team members.”

Seeing his teammates fall, Schoening held on tight to the rope and braced himself for the impact, praying that the axe and belay would hold. “The force came in a series of shocks,” he recalled. “For minutes it seemed the rope was as taut as a bow string. Snow squalls blotted out everything below and I couldn’t tell what was happening. My hands were freezing, but of course I couldn’t let go.“

Soon afterward, they were able to regain footing and were able to survive that harrowing day up the mountain.

Because of Shoening’s quick wits and own personal strength, he was able to save the lives of five other climbers. Up to this day, his act is considered one of the most celebrated lifesaving feats in mountaineering. This act is known in mountaineering circles as “The Belay”.

In life, we sometimes serve like Shoening. There will come trying times where you will be called to become a strong anchor for a group of people; and to essentially act as the savior of the whole group. This will be a time wherein the whole group will rely on one mans’ strength in order to make it through.

Know that there will come a time when you will be called to take on the mantle of leadership. This will be a time when the fates of other people will lay in your hands, and when every ounce of your personal power will be put to the test. When that time comes, will you shirk out of the responsibility, or will you step up and create your destiny? The choice is yours.